Sir Kostas is a prominent business figure in Papua New Guinea (PNG), holding a number of high-level public sector and private sector appointments. Sir Kostas joined BSP in April 2009 as a non-executive director and was appointed as the chairman of the Board in February 2011. 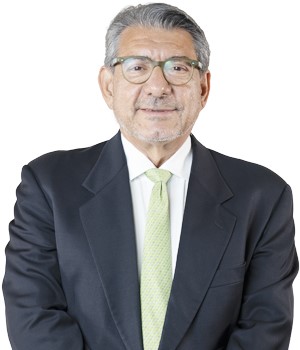 Mr. Bradshaw holds a Bachelor of Laws from the University of Papua New Guinea and has practised law for over 20 years. He was formerly a Partner in the firm Blake Dawson Waldron (now Ashurst) and commenced practice in his own firm, Bradshaw Lawyers, in 2005. Mr. Bradshaw has been involved in different areas of law, particularly in resource development, industrial relations, banking and finance and commercial litigation.

Mr. Bradshaw has served on a number of Boards and is currently the Chairman of Post PNG Limited. Symon Brewis-Weston was appointed to the BSP Board in April 2021 and is a member of BSP's Board Audit & Compliance Committee and Board Risk Committee. Mr. Brewis-Weston has extensive international experience in financial services and a deep understanding of consumer and business markets in the Asia Pacific region. He is a director on the board of Money3 Corp. Ltd, StockCo Australia Pty Ltd. and Timelio Pty Ltd.

Mr. Brewis-Weston holds a Bachelor of Economics (Hons) and a Master of Applied Finance from Macquarie University. Faamausili Dr. Matagialofi Lua’iufi is an experienced public sector practitioner and consultant. Faamausili Dr. M. Lua’iufi holds a PhD in Management, an MSc in Management Sciences and a BA in Sociology and Political Science. Prior to establishing her own consultancy firm in late 2008, Faamausili Dr. M. Lua’iufi worked in the Samoa Public Service Commission Office for 25 years, with almost 12 of those years in the role of CEO. Under her stewardship, the Samoa Public Service undertook various change management programmes to improve service delivery.

Faamausili Dr. M. Lua’iufi served in many Government state owned enterprise boards in her capacity as CEO of the Samoa Public Service Commission. Since becoming a consultant in late 2008, Faamausili Dr. M. Lua’iufi has performed more than 50 consultancy assignments in the domains of Human Resources Management, Organisational Development, Performance Management and Governance. Arthur Sam was appointed to the BSP Board in July 2016. Mr. Sam has been a member of the BSP Board Audit & Compliance Committee and is currently Chairman of the Board Risk Committee.

Mr. Sam is a qualified and experienced accountant, registered under CPA Papua New Guinea. He holds a Bachelor of Commerce from the University of Papua New Guinea, and is a Graduate of the Australian Institute of Company Directors. He is the Audit and Managing Partner of Sam Kiak Tubangliu Certified Practising Accountants. Before going into private practice Mr. Sam spent over 15 years working for global accounting firms PricewaterhouseCoopers, Deloitte and Ernst & Young in managerial roles specializing in external and internal audit and risk management.

Prior to joining the Board of BSP, he served on the NASFUND (the national superannuation fund of Papua New Guinea) Board Audit and Risk Committee and is a serving member of the Papua New Guinea Accountants Registration Board. During 2021 Mr. Sam was appointed Chairman of Muyua Dal Ltd to represent the landowner interest in the Woodlark Gold Project. 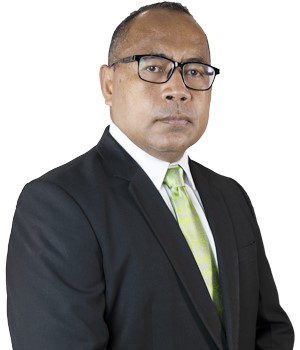 Stuart Davis was appointed to the BSP Board in August 2017 and is currently a member of the Board Audit & Compliance and Board Risk Committees of BSP.

Mr. Davis previously served as a member of the Australian Bankers Association from 2003 to 2009, being Deputy Chairman from 2006 to 2009, was Chairman of the British India Chamber of Commerce in Mumbai and Chairman of the Taiwan British Chamber of Commerce in Taipei. He holds a Bachelor of Law Degree from the University of Adelaide and is a Graduate of the Australian Institute of Company Directors. Priscilla Kevin was appointed to the BSP Board in April 2019. Since her appointment to the Board she has joined as a Member of the Remuneration & Nomination Committee and is a member of the Board Risk Committee.

Ms. Kevin is an IT professional and entrepreneur specialising in Enterprise Resource Planning (ERP) Support Advisory. Ms. Kevin has over 15 years ICT industry experience providing ICT consultancy and support to a range of businesses as well as government bodies. Since 2018, Ms. Kevin served as an Independent Committee Member of the BSP Board Risk Committee.

Ms. Kevin is a board member of PNG Digital ICT Cluster Inc. and a member of the PNG University of Technology’s Industrial Advisory Board (IAB). Ms. Kevin is also working group committee member of the Centre of Excellence for Financial Inclusion and is a Council Member of the Institute of National Affairs (INA). Mr. Bouraga is a CPA Papua New Guinea qualified professional accountant with over 26 years in accounting practice and is currently a partner in Assurance and Business Advisory Services with SBC Solutions. Prior to SBC Solutions, Mr. Bouraga was the Country Managing Partner for Ernst & Young Papua New Guinea for 5 years as an audit and business advisory services partner. He also worked with PricewaterhouseCoopers for over 7 years and worked with Star Business Consultants between 2004 and 2011.

Mr. Bouraga is also a director of the PNG Cancer Foundation and the PNG Hunters, and is a member of Certified Practising Accountants (CPA PNG) and the Australian Institute of Company Directors (AICD). He holds a Bachelor of Business (Accounting) from Central Queensland University. Mrs. Patricia Taureka-Seruvatu is a Lawyer by profession, admitted to practice law in Papua New Guinea (PNG) in 1988. Mrs. Taureka-Seruvatu holds a Bachelor of Laws from the University of PNG. Speak with someone from BSP today