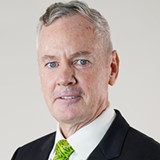 “As FX flows can be lumpy, we expect there to be periods where outstanding FX orders build up,” said George.

According to the BSP Pacific and Economic Insight Quarter 2 report, Mr. George emphasised that, the FX market turnover in the June Quarter, rose by 16% from the March Quarter of 2022. Subsequently, FX market turnover was 20% higher than 12 months ago, supported by strong commodity prices in particular Oil, Copper, Palm Oil, and Coffee. These firmer commodity prices have offset the lost FX market inflows from the closure of the Porgera Gold Mine.

Meanwhile, the outstanding FX orders with BSP have fallen by 55% in the past three months, assisted by record June FX inflows, but remain similar to levels seen 12 months ago,” added George.

He said: “BPNG FX intervention in June rose to 260% from May and up 33% from the March Quarter, as global inflation increased FX foreign currency requirements of the Oil, Transportation, Food and other sectors.”

“Recessionary fears amid a tightening of monetary policy in Australia weakened the Australian dollar and saw Kina rise 10% to 0.3985 from March. The Kina remained stable against the U.S. dollar at 0.2840,” said George.