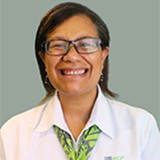 BSP Financial Group Limited (BSP) continues to build its greatest asset, its People, through mentoring and building professionals to lead the biggest bank in the Pacific.

She commenced office in November, 2021, and was into the second week when BSP Ranadi was burnt during the riots and civil disturbances in Honiara. With the confidence and support of the BSP Management and Executive, she was able to provide leadership to her staff in Solomon Islands and ensure the bank’s operations were maintained to the extent possible despite the continued challenging conditions in Honiara.

“You go into any new role with confidence to get the job done – but it is important to remain humble and just be nice,” says Sandra modestly when asked of her challenges during her second week on the role when the riot broke out in Solomon Islands.

“It was big challenge, ensuring business continuity with minimal impact on operations including cash, and preserving staff and customers’ safety,” She added elegantly.

“As we know, at BSP we work with, and for, each other; and we progress together – BSP has a great team of people who really work hard at their jobs to get things done, and so, we were able to maintain operations despite the tension,” asserted Sandra.

“The bank’s confidence in appointing Sandra to the position as the first Papua New Guinean to Head one of BSP’s Offshore branches is a milestone, and events of the first month have proven Sandra’s capability to take on country management of BSP’s second largest business behind PNG and Fiji,” says BSP Group CEO Robin Fleming when commenting on Sandra’s new role.

“Sandra showed true leadership and confidence and was able to remain calm and lead her team without failure,” added Fleming.

"Sandra’s appointment also reflects BSP's ongoing commitment in enhancing and increasing staff developments and career path in the bank. She will now have a responsibility for managing BSP’s business in Solomon Islands," said Fleming.

Mr Fleming added that; “the BSP Board and Executives have every confidence in Sandra’s capability to effectively execute and manage this offshore branch and delivering results.”

“She is a fine example of Papua New Guineans excelling in their respective fields,” he added.

Sandra began her career under the BSP’s Leadership Development Program (LMDP), which aims at developing and growing our own senior leaders. More interestingly, under the LMDP program, she was also one of the staff nominated to be part of the team to undertake leadership and management training in South Africa under the ABSA program.

She holds a Master’s Degree in Business Administration from Torrens University, Australia and a Bachelor of Science Degree from Massey University, New Zealand. She has over 10 years of experience in the field of retail banking in Papua New Guinea (PNG) as well as OSB Management where she has worked since 2018.

Most recently she played a key role in BSP’s successful implementation of FLEXCUBE in Vanuatu, providing on the ground leadership and support to both the Compass SMEs and our BSP Vanuatu business.

Sandra concluded saying, “I look forward to the rest of my time here in the Solomon Islands as I work with our team to continue providing seamless service to our customers and to grow our business.”

BSP prides itself in developing staff at all levels of the organisation and especially local talents in the countries in which we operate in.