"Having lived and worked in PNG for nearly 30 years, eight of which he served Bank South Pacific, Eddie Ruha has immensely contributed to the growth of the BSP Group through sheer dedication and commitment," said BSP Group Chief Executive Officer Robin Fleming, when announcing the departure of current BSP Group Chief Financial Officer (GCFO), Eddie Ruha. 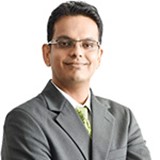 Mr Fleming commended Ruha on behalf of the BSP Board of Directors: "He has played a pivotal role in supporting the expansion of the BSP Group across the Pacific and Asia and in ensuring the Finance & Planning SBU, adapted to BSP's changing financial environment and ensuring the BSP Group complied fully with the increasing demands of all our stakeholders."

"Eddie has decided to retire to spend more time with his family in New Zealand and we wish him and his family all the best in the future. Eddie will be leaving BSP in June," added the BSP Chief.

At the same time, Mr Fleming also formally announced the appointment of the new Group CFO Ronesh Dayal, who is currently the CFO - BSP (PNG).

"Ronesh is an experienced and detail-oriented CFO with over 15 years of experience in the financial services industry, having worked in Fiji and PNG. His wealth of experience and leadership capabilities has seen him advance rapidly into management positions since 2007," added Mr Fleming.

"Ronesh progressed into executive roles when he was appointed to the role of CFO for BSP Fiji Branch in December, 2010, and was the first local CFO for the bank in Fiji at the age of 28. He was later appointed to the Deputy CFO- BSP (PNG) position in 2014 and eventually CFO - PNG Bank in 2017."

Mr Fleming added that he has achieved a number of accomplishments during his finance career and demonstrated his strong leadership abilities positively in his previous positions. He is also the current President of CPA Australia - PNG Branch and acts as mentor to a number of BSP's Leadership and Management Development program (LMDP) participants.

"Ronesh will oversee the Group's financial operations in PNG and other countries where BSP operates and also manage the Finance & Planning SBU in PNG.

"We thank Eddie and wish him the best in the future and congratulate Ronesh on his appointment to the role of Group Chief Financial Officer," concluded BSP GCEO.