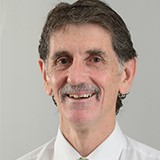 Bank South Pacific's Kerema Sub-Branch has been closed effective Monday 14thDecember, 2020, until further notice following a break and enter incident over the weekend.

BSP Management confirmed that on Saturday 12th December 2020, the BSP sub-branch was broken into by criminals with approximately K220,000 in cash being stolen, not K1m as had been reported in the media.

As a result of the theft, the sub branch has been closed for an indefinite period until investigations are complete and cash recovered. The closure of the Sub- Branch will affect many businesses in Kerema as well as public servants and other customers who will have to travel to Port Moresby for banking while the sub branch is closed. BSP apologises to its customers who will experience difficulties in undertaking their banking due to the actions of criminals.

BSP Group General Manager Retail Daniel Faunt said, "BSP is the only bank operating in the Gulf Province and while we regret to inform the public of our sub-branch closure during this time of the year, law and order issues such as this affects service delivery and at the same time disrupts economic development of rural people. The safety of our staff, branches and properties are fundamental requirements for BSP to continue to provide banking services in any community and in some cases, where no other banks do in some areas of Papua New Guinea,"

In 2008, BSP closed its Kerema Sub-Branch after it was subjected to a robbery and in June 2014, BSP returned to Kerema after 8 years to provide the much-needed banking services to the Gulf people and residents.

BSP called on the  people and leaders in Kerema and the Gulf province to take ownership of their community in a law abiding way and work with the Government and Law enforcement authorities to ensure there is  safety in the communities in order for business houses to continue service delivery.

Responding to these issues, BSP Group CEO Robin Fleming said, "BSP has experienced ongoing issues of criminal activities in the past which had disrupted its services to the respective areas. While banking services is an essential service aimed at increasing financial inclusion for rural people, BSP sub-branches and agencies will only continue to operate in an environment where safety of bank assets and staff are guaranteed by the community concerned."

Earlier this week, BSPs sub branch at Hoskins was subjected to an attempted robbery, which has resulted in this branch being closed temporarily, and our staff at Bialla have also been shot at numerous times while transporting cash.

In the meantime, the Kerema incident is now under police investigations and all BSP Kerema sub-branch staff are being relocated which means customers will have to travel into Port Moresby to access banking services.

BSP encourages our customers to use our Digital Banking platforms - Mobile banking and Internet Banking which are very convenient for our customers.